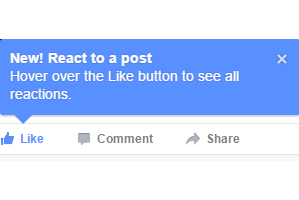 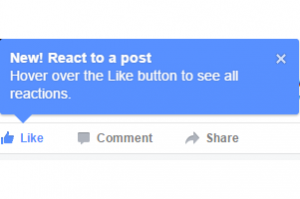 Ah, reactions. If you missed the news, or exercise an admirable amount on online restraint, Facebook has introduced a selection of new ‘reaction’ options – effectively mixing up the way people interact with posts on the site. So, should you hover your mouse cursor over the Like button offered just below a post, the expanded options for a one-click response are now as follows: Like, Love, Haha, Wow, Sad and Angry.

The new additions have led to a flurry of conversation, all stemming from the question: when is it appropriate to use any of them, and how should we judge their value or meaning? Yes, oddly, it seems that by adding more options to reflect how users feel about any post, Facebook has unwittingly confused our online experiences.

A New York Post piece has highlighted mixed responses to the change, and it’s a useful manifestation of conversations being had at homes and in offices the world over. The Post’s piece includes a comment by Brent Maher, a resident of Louisiana, who offers:

I still don’t know how to respond to posts requesting prayers for sick/dead family members. Like? Sad? Love? Is ‘love’ limited to loving the post, or can it also mean loving the person posting? Interestingly enough, there still isn’t a ‘dislike’ button, as was originally sought by so many.

Yet prayer-related or not, it’s an interesting issue. A video posted by Labour leader Jeremy Corbyn (around the time the new ‘likes’ went live) serves as a good example. The post, a video of the the Prime minister questioning Corbyn’s dress choices and patriotism, has – at the time of writing – attracted 10,000 likes and 3,6000 ‘angrys’.

The assumption is that those merely liking the post are generally liking the sharing of it. And the ‘angrys’ are perhaps reacting to the Prime Minister, rather than to the audacity of Mr Corbyn being social network-savvy. But what about the 137 ‘hahas’ and the 112 ‘sads’ attached to the video? Are the ‘hahas’ laughing at the PM’s quip about Mr Corbyn’s tie, or are they laughing at what they see as as a laughably limp response to a serious question? It’s hardly clear cut.

Likewise, what are we to make of likes, ‘angrys’ or ‘sads’ attached to a video of a Boston Dynamics worker ‘picking on’ the company’s Atlas robot? If you respond with a ‘wow’ here, are you expressing shock at the robot’s treatment? After all, you could just as easily be impressed at its abilities, or distressed at the human’s heartlessness.

Lots of questions, but perhaps a better one is ‘why feel at all insecure with the new options’? Or rather, does it really matter what other people feel you are saying? Facebook comments being used for the discussion of things will long continue. Misunderstandings will inevitably occur because much of real-life conversation is non-verbal – something Facebook may one-day address by integrating VR into Facebook machinations.

Yet for the time being we must march on in the absence of real-life conversational cues. And we will survive. If you know a person well enough, you can probably guess at the meaning of any response they post should you care to. But regardless, getting worked up about what any of the new responses mean or are appropriate for is futile. The classic Like button has served a spectrum of our online responses, and these subtle meanings aren’t necessarily obvious.

Carrying this non-specific understanding over to Loves, Hahas, Wows, Sads and Angrys seems sensible. After all, a company led by Mark Zuckerberg, a man who steadfastly wears a single shade of t-shirt, probably doesn’t want to make our online lives more difficult. Also, if we’re honest, anything Facebook offered in tweaking its comments section would fail to be perfect.

The reason for that is obvious at least: In the words of the novelist Zadie Smith, “In Facebook, as it is with other online social networks, life is turned into a database, and this is a degradation…”.

You can find me on Mastodon